Coventry City Former Players Association is pleased to announce that we have recently signed up another two Coventry City former players to join the Association ‘family’.  Both Maurice Setters and Craig Hignett have just joined the Association.  This takes us almost to the end of our ‘long march’  to the double century of FPs. To be exact we now have only 3 to go to meet our target- remarkable progress since the Association was set up at the end of 2006! 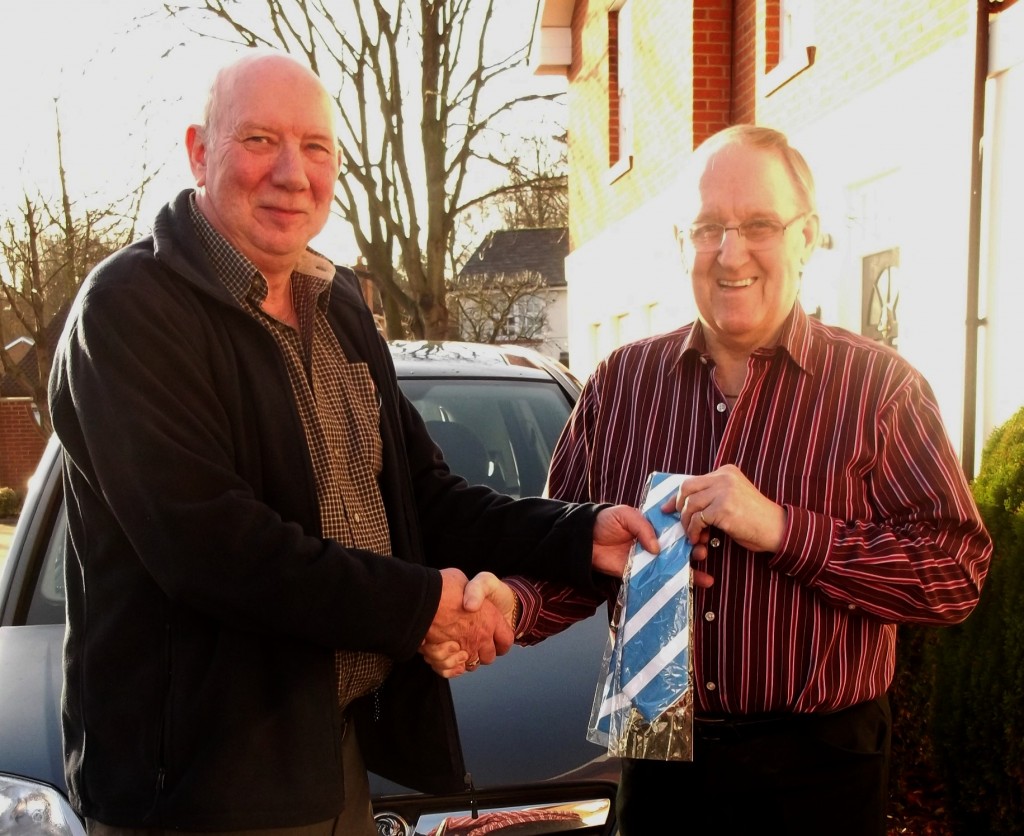 Devonian Maurice was recently tracked down to his Yorkshire home by Association committee member Bob Bromage. Sky Blue fans will remember him as a hard-as-nails centre half who added backbone and grit at the back end of the 1960s to the Sky Blues’ effort under Noel Cantwell to establish themselves in the top division . An England youth and U23 International, after an illustrious career with Exeter, West Brom and Manchester United (where he was an F.A.Cup winner) Maurice was signed by the Sky Blues from Stoke City in November 1967 to fill the considerable gap left at the heart of our defence by George Curtis’ absence with a broken leg (once it was clear that Tony Knapp did not fit the bill).  The 31-year old ‘war-horse’ stiffened the Club’s defence and helped us avoid relegation in his first two campaigns with CCFC. By the time he left, transferred to Charlton Athletic in February 1970, he had scored 3 times in his 59 first team appearances and the Club was on course for its highest ever League finish (6th in 1969-70)

On hanging up his boots Maurice went on to secure (assistant) managerial experience between 1971-1984 with Doncaster Rovers, Sheffield Wednesday, Rotherham United and Newcastle United before becoming for 9 years from 1986 assistant manager of Eire.

We are fortunate in persuading him to join given that he has turned down similar previous invitations from several of his other clubs including Manchester United!  Bob showed him our latest newsletter in which Maurice showed considerable interest and many memories from his time at Highfield Road were unpacked. Bob is pictured above (left) presenting Maurice (right) with his official CCFPA tie.  Though Maurice is not in the best of health and doesn’t get out as much as he would wish we still hope to persuade him to come to the Ricoh before too long. Welcome!

Our second new arrival and a former player of much more recent vintage (and considerably less playing experience with the Sky Blues) is Craig Hignett. Craig spent two months at the Ricoh up to the end of 2002 on loan from Blackburn Rovers and in a short but sweet contribution to our fortunes managed to score twice in nine first team appearances under a struggling side managed by Gary McAllister. Craig was ‘captured’ by CCFPA last Saturday commentating for BBC Tees on the Sky Blues defeated opponents that day Middlesbrough, presented with his membership badge and official tie (and is pictured in a separate news item)

Craig has been one of football’s ‘wandering stars’. As an attacking midfielder he made a particularly big impact at Middlesbrough in approaching 200 games for them between 1992-97 (scoring 48 goals) but also had spells at Liverpool, Crewe, Stafford Rangers, Aberdeen and Barnsley before joining Blackburn Rovers in 2000 where he contributed 14 goals in his 68 first team appearances.  Leaving Ewood Park in 2003 Craig played for the likes of Leicester City, Crewe Alexandra, Leeds United, Darlington, Apollon Limassol (Cyprus), Spennymoor Town and Hartlepool United. In recent years Craig has developed a media career, for example, becoming a Radio 5 Live matchday summariser in 2007. Welcome Craig!

For more on the Coventry City Former Players Association, please click on http://www.ccfpa.co.uk/