Coventry City Former Players Association Membership Secretary Mike Young has been in regular email correspondence to the USA with former 1950s Coventry City player Steve ‘Kalamazoo’ Mokone since he was signed up for the Association last July.

Mike sent him his official Association tie recently and Steve has kindly responded by sending the picture reproduced below (taken by his wife Louise) of him proudly wearing the said tie and Association badge. 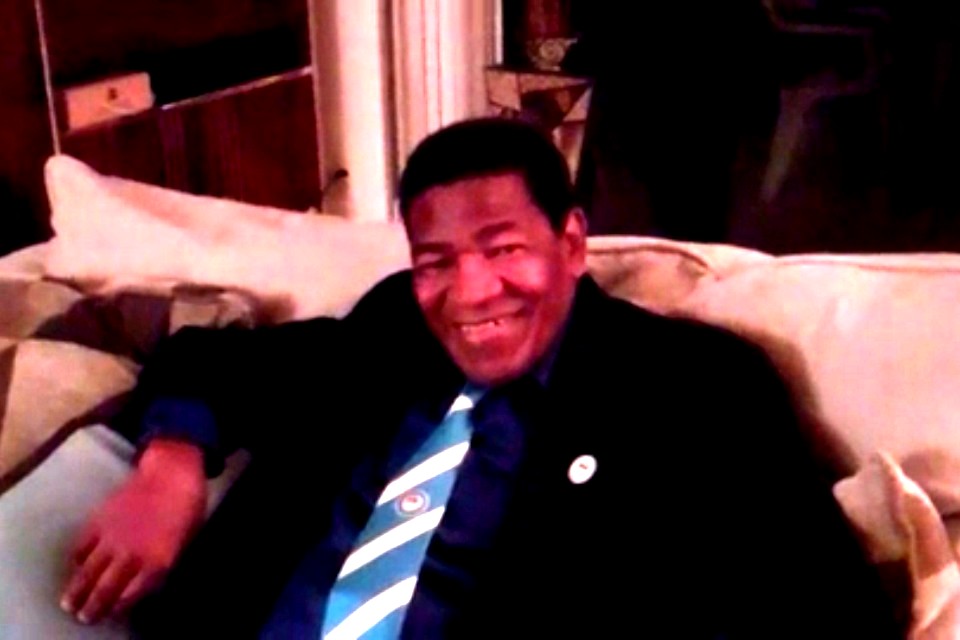 More briefly- now age 73 and living in Virginia, in 1956-57 Steve was the Club’s first ever black player after coming over to Britain as a 17 year old (with the help of famous Arsenal former player turned sports journalist Charlie Buchan) from his native South Africa . Though only playing a handful of games for ‘the Bantams’ first team ‘Kala’ made a big impact on both Club and City during his time with CCFC before going on to build a career in Europe with some of the continent’s top clubs. Steve was a trailblazer being the first black South African to play professionally in Europe and becoming known as ‘The Black Meteor’ as his reputation as a speedy and skilful wing forward spread. 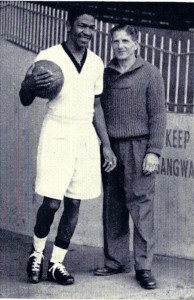 Retiring to the States (due to the then unsympathetic political regime back in his homeland) Steve built a successful second career in the academic world. Since retiring from teaching his life and contribution to sport has become celebrated throughout the world including having a street named after him in Amsterdam, two books and a film produced about his extraordinary life and career and several high honours bestowed upon him by post-apartheid South African governments.

Though in indifferent health Steve still remains active, visits the gym as often as he is able and follows European football avidly through satellite broadcasts (though unfortunately Coventry City have not featured as much as they used to for obvious reasons)! Steve remembers his time at Coventry vividly and asks after some of his former playing colleagues.

Passing on Steve’s good wishes to FP Lol Harvey at the Sky Blues’ home game with Nottingham Forest last Saturday Mike was informed by Lol that Steve’s background and evident skills made him immediately memorable at the club, that he remembers ‘Kala’ and another young star at the Club George Curtis were room mates at away games and that he remembers introducing Steve to some of the ‘sights and sites’ of 1950s Coventry!

The Association is very pleased to anounce that former Sky Blues player and member Claus Bech Jorgensenhas agreed to take the next step and become a full member of the committee of CCFPA.

We are particularly pleased that Claus has chosen to join Dave Bennett and (President) Kirk Stephens our other committee members drawn from the ranks of former Sky Blues Players in that he represents a later cohort of the Club’s playing staff and we welcome the enthusiasm, contacts and skills he will bring.

Claus will be remembered as a combatitive forward who came to Coventry from Bradford City in August 2003. An international for the Faroes Claus clocked up over 60 appearances for the Sky Blues scoring six times, most memorably the first ever goal at the Ricoh (for the Sky Blues against QPR in August 2005). Moving on to Blackpool in the summer of 2006 and thence to Port Vale since hanging up his boots Claus has been developing his business and media careers, for example, he can be frequently heard providing match analysis of CCFC games for CWR. 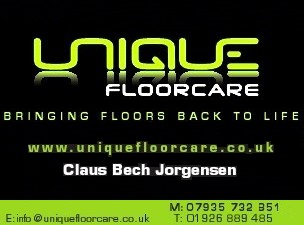 Most recently Claus has launched his new floorcare enterprise ‘Unique Floorcare Ltd’ locally in Warwick, a company which offers bespoke floor surface treatments for both commercial and industrial markets.