Edworthy To Stay At Leicester

Former Coventry City defender Marc Edworthy is to stay at Leicester City until the end of the season. 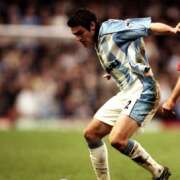 The 36 year old joined Leicester on a free transfer after being released by Derby County in November. He has also played for Plymouth,Palace, Norwich and Wolves.

Doncaster Rovers have been linked with a Â£400,000 bid for Lee Hughes. The former City striker has a clause in his contract which allows him to leave Boundary Park if bids of Â£400,000 plus are received. 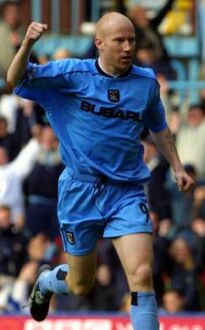 Former City manager Iain Dowie will not be going to Derby County. Burton Albion boss Nigel Clough has been appointed as manager of the Rams. Tomorrow night, Derby face Manchester United in a League Cup tie. Former Sky Blue Brian Borrows will take the team along side David Lowe. Borrows is currently working with Derby's Academy.