Steve Phelps will be having a book signing for his latest book "29 Minutes From Wembley" later on Saturday.

Five players with more lined up from the team which got to the League Cup Semi-Final, will be attending the book signing session after Coventry City's League Two game with Crawley Town in the Casino on Saturday November 25th

If you cannot make the book signing session, you can buy the book by clicking on

The focus of the book is on '80/81 and Coventry City were less than thirty minutes from a League Cup final versus Liverpool when they missed out... in the cruellest of fashions.

Thirty interviews this time, the majority who started their careers at Coventry and went on to further successes, for others they were not so lucky. They each tell the story of their time at Highfield Road. Over an hour with each player including Tommy Hutchison, Gary Gillespie, Mark Hateley, Steve Hunt, Danny Thomas, Paul Dyson, Garry Thompson, Andy Blair, Gerry Daly, Peter Bodak, Roger Van Gool, 'Harry' Roberts, Ian Wallace, Mick Ferguson and many more including cameos from John Sillett and John Motson. 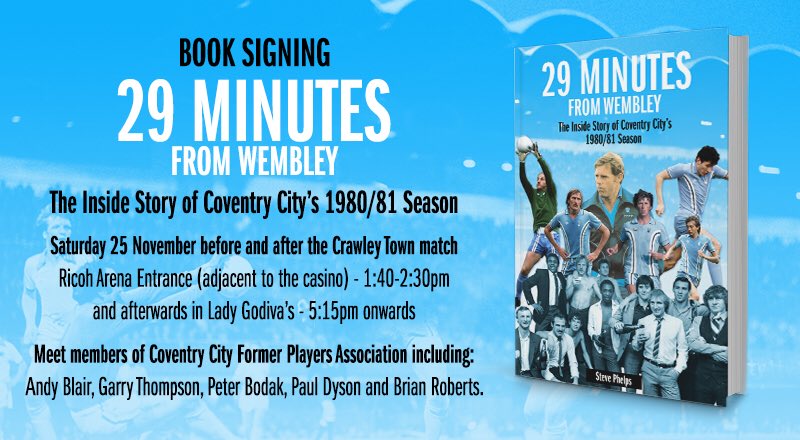