After winning 2-1 at Lincoln City in Round One, Jason Farndon and Andy Crabtree's side travelled to the Wham Stadium to take on Accrington Stanley.

The Sky Blues needed only seven minutes to take the lead when a ball fell for Morgan Crowther, who duly scored to put City ahead.

It was two in the 26th minute and that man Crowther again when he scored from a Blaine Rowe pass.

Joel Mills pulled a goal back for Stanley three minutes into the second half but in the 76th minute, Morgan Crowther completed his hat-trick when he headed in from a Jack Burroughs corner.

Niall Watson scored a second goal for the home side in the 85th minute and Naylor in the City goal had to make some good saves late on but the Sky Blues held on to win 3-2. 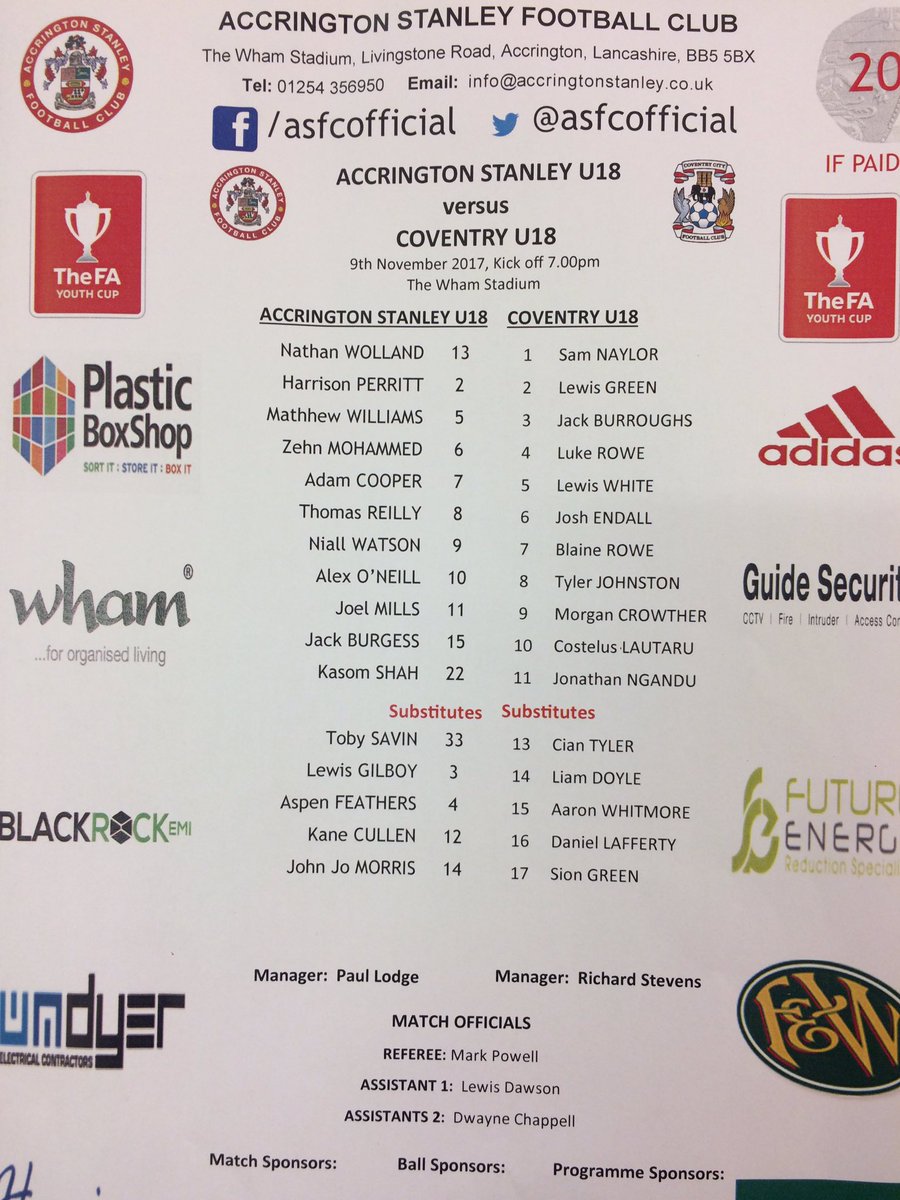