Coventry Bears were given the honour of helping The Italian national side as they begin their preparation for the 2013 Rugby League World Cup by playing them at Coventry University on Saturday. “The Azzuri” have been grouped with Russia, Lebanon and Serbia in the qualifying rounds and are going through the selection process in the lead up to the competition. Their team on Saturday comprised mostly domestic competition players along with a smattering of French league professionals and Anglo Italians.

The Coventry Head coach Alan Robinson took the opportunity to give six of his U18 squad their first team debuts and none of them were found wanting.

The Italians had the Bears under pressure from the start and almost scored on their first attack, only failing when the ball was knocked on over the Coventry try line.

It was Coventry however that opened the scoring when second row Brad Massey jinked through to score under the posts on 12 minutes. The Bears defence performed better than it had all year with some strong try line defence. Midway through the first half Massey’s second row partner Chad Grant increased the Bears advantage scoring under the posts.

Just before half time Robinson who had named himself in the squad for the first time this season due to a lack of forwards made an immediate impression. He collected the ball midway in the Italian half of the field from a neat pass from Scott Clendenning-Fenton and stormed towards the Goalposts with which he collided before scoring on the stroke of half time. Stephen Coleman goaled his third kick of the afternoon and the Bears went into the dressing rooms leading by 18 points to nil.

Minutes into the second half the Italians recorded their first try in the corner. This was immediately nullified when Grant added his second try of the afternoon. Within another 5 minutes following a power play on the 6th tackle Grant forced his way over the line to complete his hat trick.

The Bears put the game to bed with tries by Prop Michael Venn who powered over. Midway through the second half Cumbrian sub Harry Kaufman took advantage of a Robinson offload to score the Bears last of the afternoon. Fittingly it was the visitors who had never given up that scored the last try to see the finals score of

After the game Alan Robinson commented –

It was a real honour to have the opportunity to play this game, I think we played very well and I was very pleased with the performance especially our younger players who stepped up and coped very well with the pace and physicality of the game. We will have a rest now and prepare for pre-season which will start in January there is already a real buzz from the lads about next year and im looking forward to strengthening the squad and finding new players interested at testing themselves with the Bears in 2012. 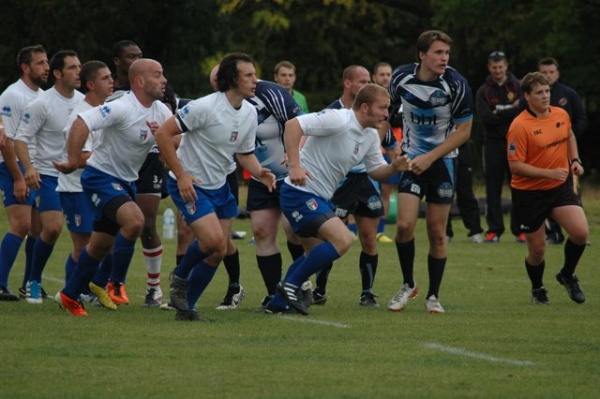