Kelly Gets The London Vote Again

For an incredible third month running Liam Kelly picked up the most votes in the Coventry City London Supporters Club's Player Of The Year vote for the month of March.

Kelly is now in fouth place for the season, but may have left it just too late to catch the front runners.  Jordan Willis has finally overtaken Luke Thomas to lead the Player of the Season voting. It will be an interesting final month before the presentation of this seasons award after the Shrewsbury home game

The top six players and their votes are shown in the table below. 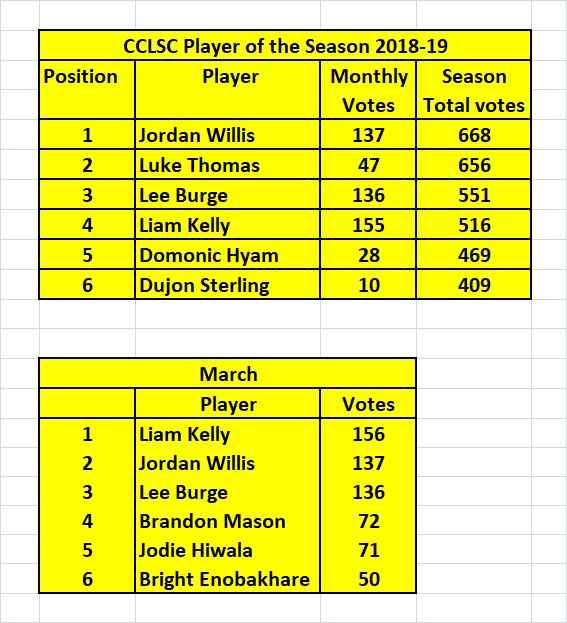