The Coventry City Former Players Association welcomes a brace of Sky Blues heroes from different playing generations to the Ricoh next Tuesday night for the important rearranged fixture under lights against Cardiff City on Tuesday evening 22nd November 2011. 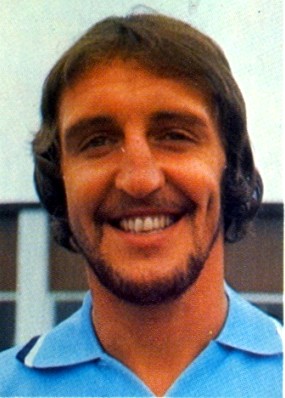 Association members David Cross (1973-77) will be the Association’s special guest for the evening and Marcus Hall who fans will know had two spells with Sky Blues (1992-2002) and (2005-10) will, courtesy of CCFPA, will be providing match analysis for BBC CWR.

David came to CCFC in November 1973 as an experienced and skilful goalscorer (particularly with his head) racking up 26 goals in 72 first team appearances for Rochdale between 1969-71 and another 30 goals in 106 outings for Norwich City. David continued in a consistent and reliable scoring vein for the Sky Blues knocking in another 36 goals in his 106 first team games in Coventry City colours.

After leaving the Sky Blues for West Bromwich Albion in November 1976 David became something of a footballing traveller plying his trade very effectively with (in turn) West Ham United, Manchester City, Vancouver Whitecaps in Canada, Oldham Athletic, Vancouver (again), W.B.A. (again), Bolton Wanderers, Bury, Limassol (Cyprus) and finishing his career at Blackpool. Since retirement in 1987 David has undertaken coaching and scouting in both Britain and abroad as well as building up experience within the insurance industry.

Marcus, an England Under 21 International started with the Club as an apprentice and clocked up over 300 appearances for the club in his two sessions with the Sky Blues with a lone first team appearance for Forest and 85 for Stoke City sandwiched between his stints with City. Marcus, himself, was the Association’s special guest earlier this season for the home match with Reading. We welcome them both once more to the Ricoh.