Coventry City U23's went back up to second in the table with a 3-1 win away to Bristol City.

Jason Farndon was able to name most of the players, who played in the 3-0 win over Nottingham Forest for this game at Failand in Bristol and again fielded the trialist who scored in the game last Friday.

Coventry needed to win but were a goal down after four minutes when Hakeeb Adelakun curled past Addai.

Ten minutes later and the Sky Blues were awarded a penalty. Buse saved the kick but in came a Chris Camwell  to score.

In the fourth minute of first half and the Sky Blues were in front when a Bremang ball was stroked into the net by Dexter Walters.

Bristol City twice hit the woodwork early in the second half before Jason Farndon made two changes replacing Jordan Ponticelli and Dexter Walters, both of whom should be around the first team squad tomorrow at Barnsley.

With eleven minutes to go, City wrapped up a good performance when David Bremang netted in a 3-1 win. 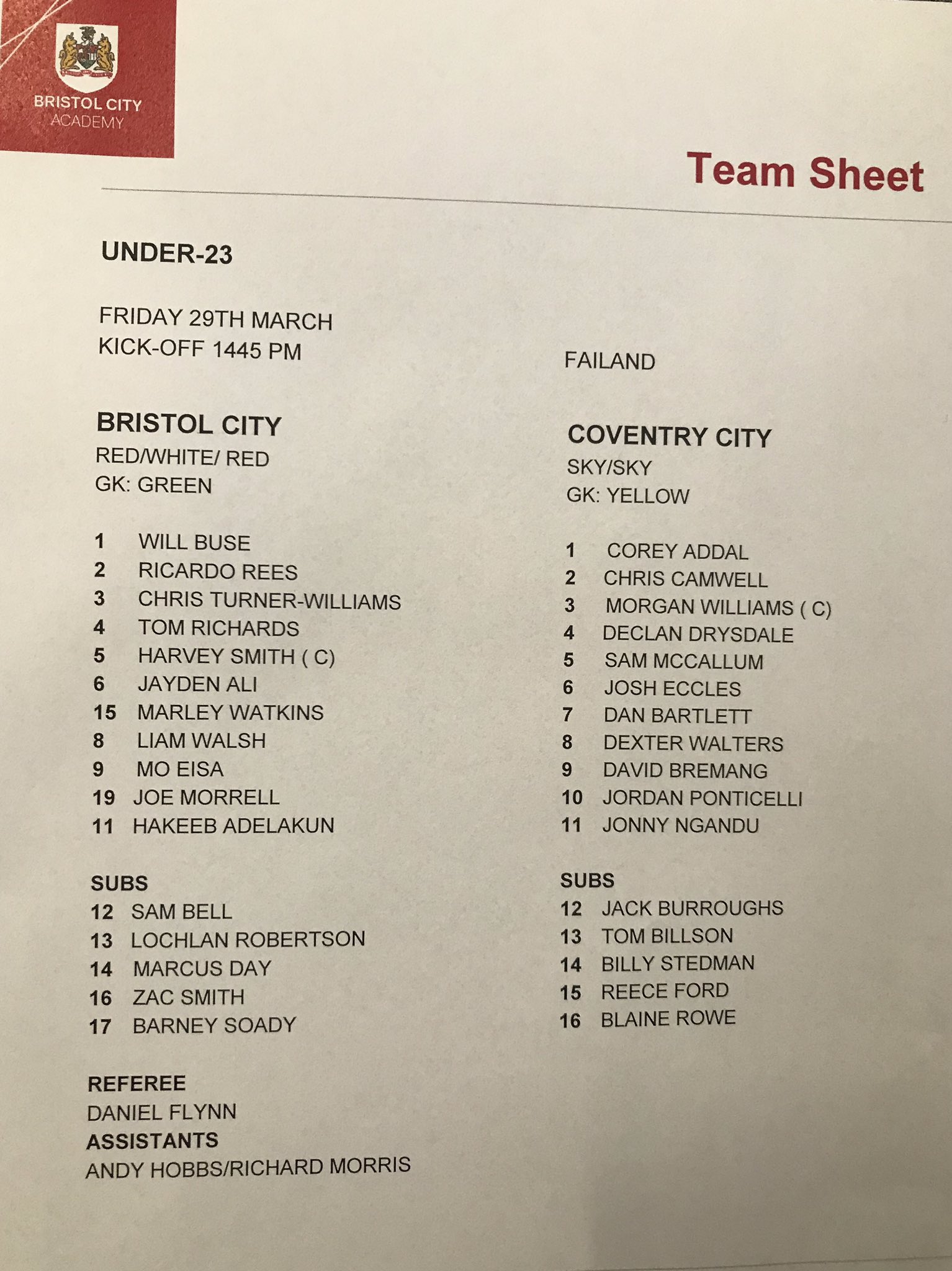