City Out Of FA Youth Cup

Coventry City are out of the FA Youth Cup.

City travelled to Compton Park to face Cogenhoe United for a second round tie.

They took the lead in the 32nd minute through Jack Burroughs but conceded a penalty two minutes later and then another goal in the 42nd minute.

City sent Sam McCallum on but Cogenhoe had a third in the 74th minute.

Blaine Rowe converted a penalty in the 85th minute but it was not enough and City were out. 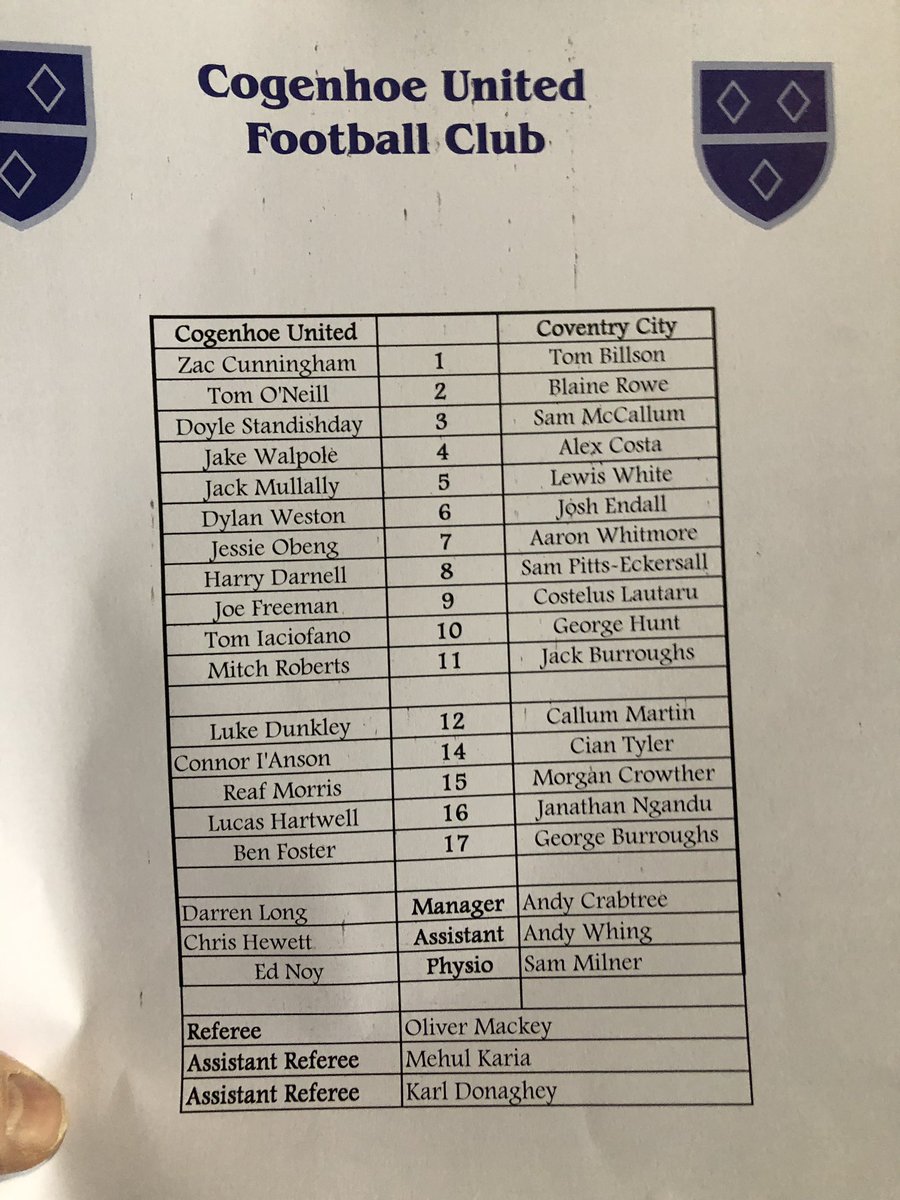