Three defeats in a row, eight games without a win, the only thing stopping a full-blown crisis breaking out is the fact that we’re still somehow comfortably away from relegation danger.

The most dispiriting thing about last week’s defeat to Luton Town was that it looked as if the players didn’t even believe they could win. Keep that up, and we will bein relegation danger. While our league position doesn’t mean that we necessarily need a win, boy, do we need a win now.

Having gambled on a new formation and some key personnel changes for the past two games, Mark Robins is in a stick or twist situation with neither guaranteeing a solution to our current malaise. Sticking with something that hasn’t noticeably improved matters doesn’t seem like an intuitive option, however, further changes risk making things more disjointed and denting confidence further.

It wouldn’t be a surprise right now were Mark Robins to feel like bringing Michael Doyle back into the side to cure our recent ills. Robins must have been hoping over the past two games that we could be weaned off the reliance of the leadership of a 37 year-old player, but the level of spinelessness in last week’s showing against Luton may well tempt the manager into bringing Doyle back – regardless of the technical quality of his recent performances.

A recall for Doyle could well see a return to the 4-4-2 system that we have deployed for much of the season. Unless shunted to the wing, Doyle’s return may call for Tom Bayliss to be taken out of the side – as unthinkable as it is, it may help him in the medium-to-long-term to avoid burning out. A 4-4-2 would also probably make it unlikely that Reise Allassani would be rewarded for an intriguing cameo last week with a place in the side, with the studier Jordan Shipley likely to come in on the left-wing.

This could well be a pragmatic team selection with an emphasis on getting back to basics. If one of our strikers could pop up with a goal, such an approach may be rewarded with a win. 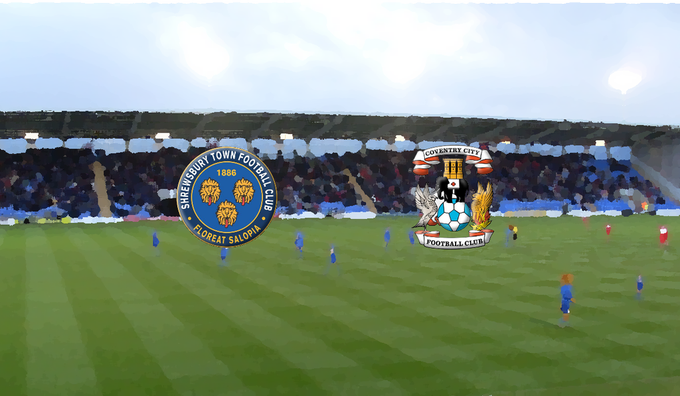